So, I was wondering if we could identify document types just by looking at frequency of bytes in that document. This post plans to test that idea.

First, some python:
Here is the resulting sw file.

Here are the graphs: 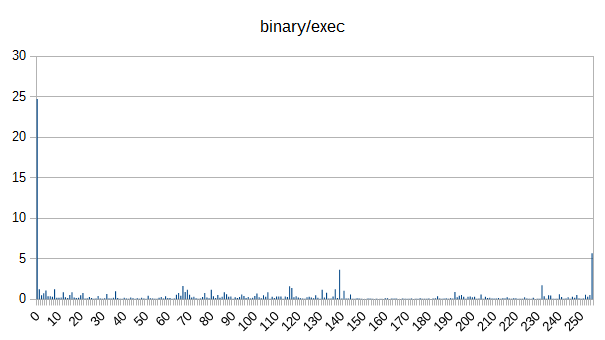 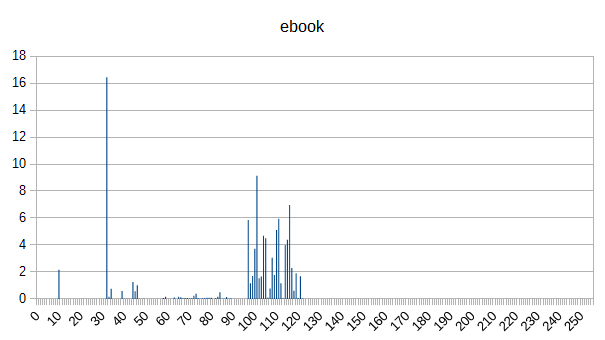 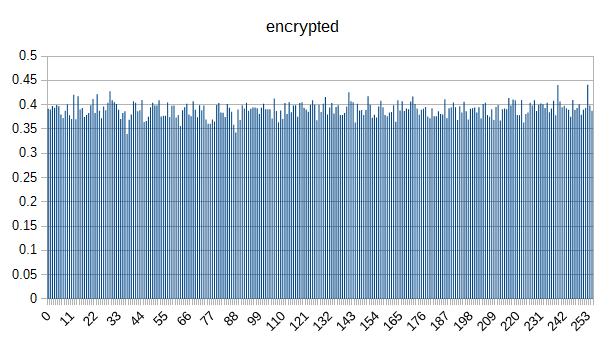 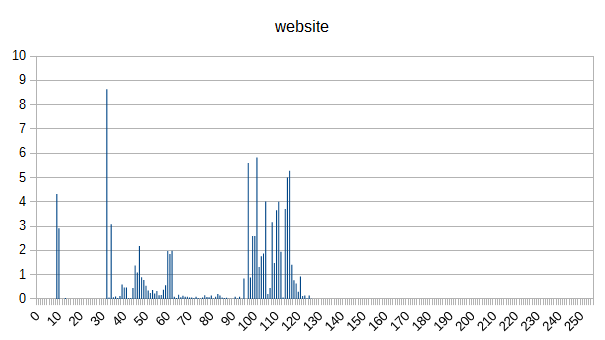 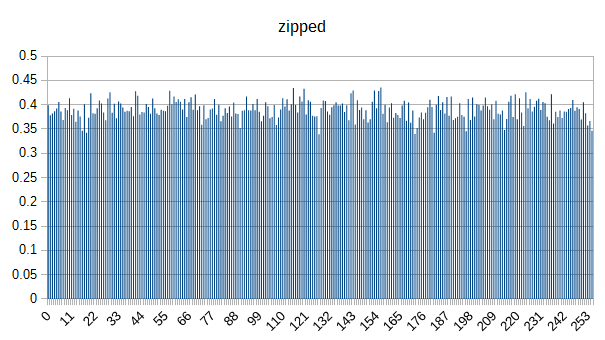 Now, let's generate the similarity matrix:
So yeah. You can largely differentiate between document types (at least for this small sample) based just on byte counts. Cool.

I guess that is it for this post. As usual, heaps more to come!

Update: I wonder how small a file can get and still have distinctive document type? Or even further, is it possible to write an "English-grep" that only prints out lines that look like English? Of course for that to work, you need more than just letter counts. You need to count letter pairs, and probably triples, or perhaps some other method of creating a line => superposition.